Located in the heart of the city, Sydney Town Hall is an iconic civic landmark which combines state-of-the-art venue facilities with spectacular heritage architecture and interior decoration. Inside, the splendour of the Vestibule and Centennial Hall offer a unique event and venue space. 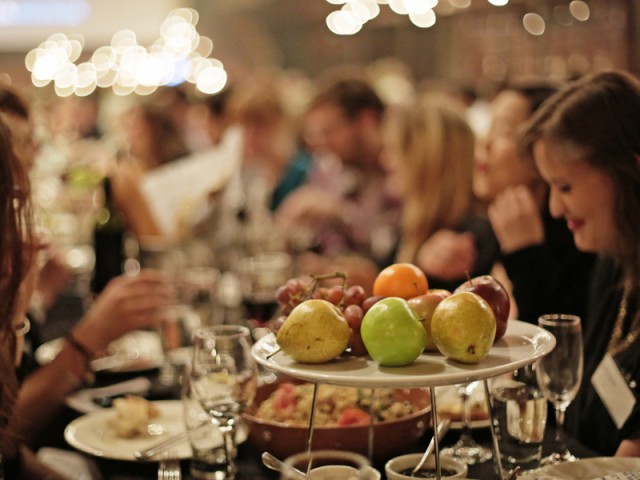 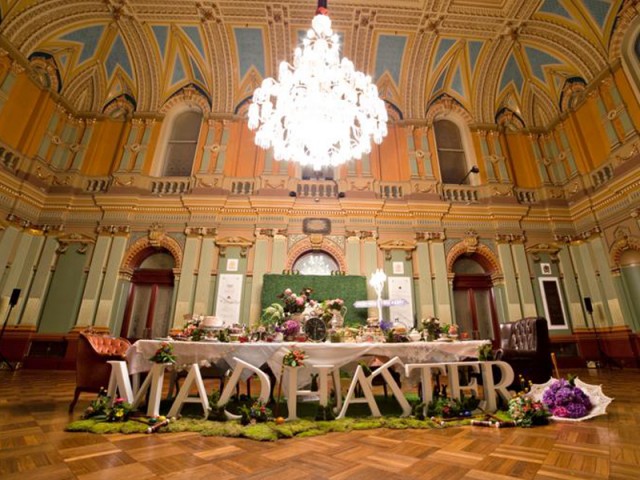 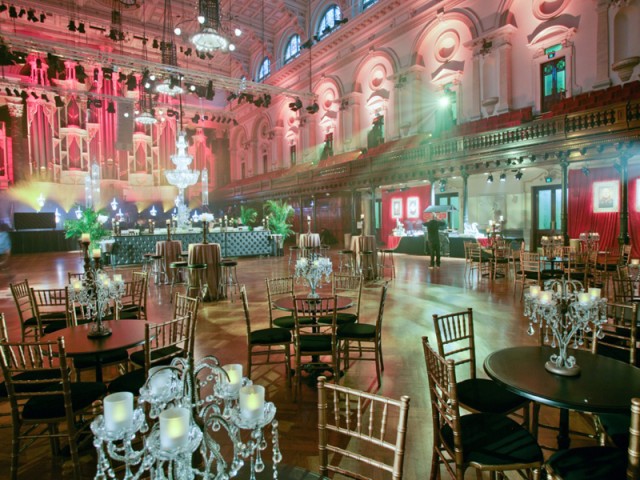 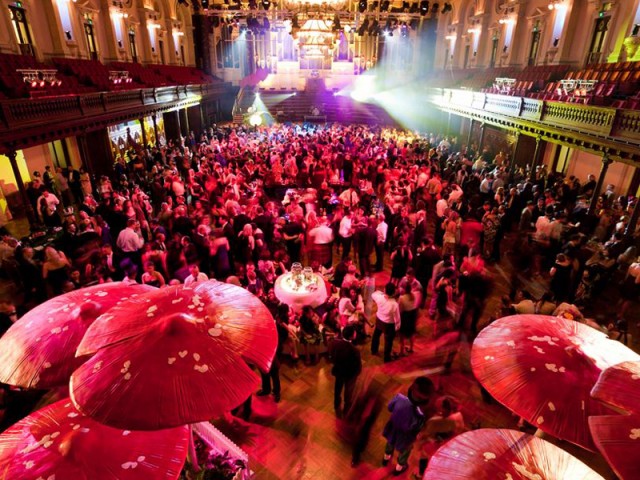 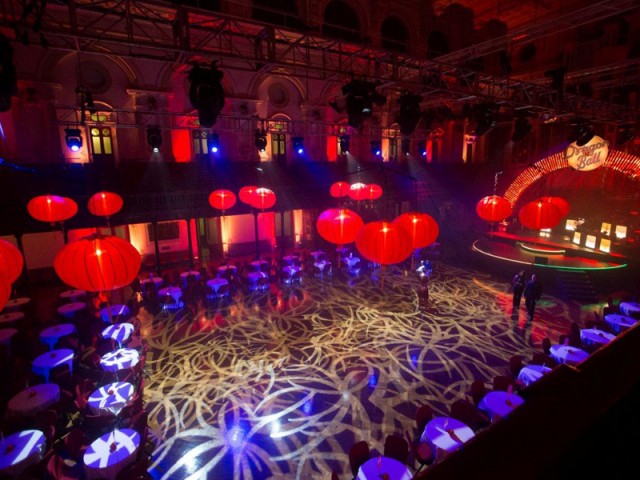 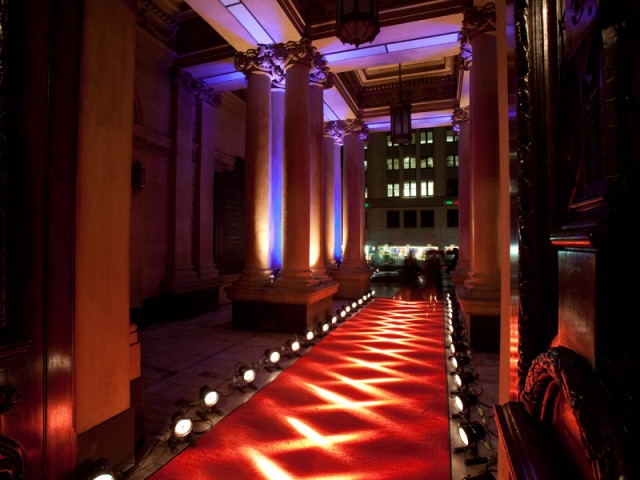 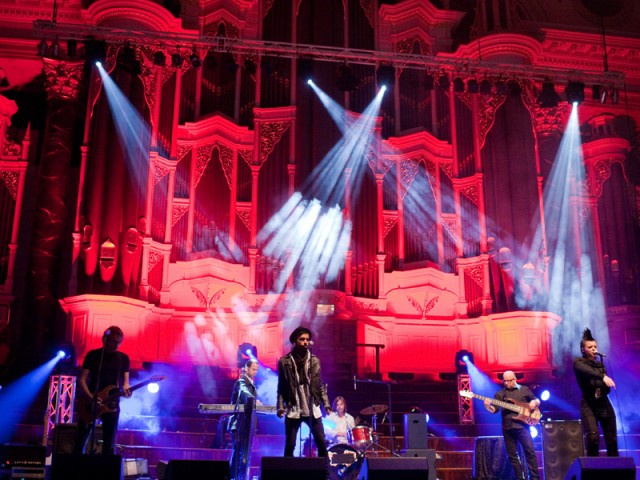 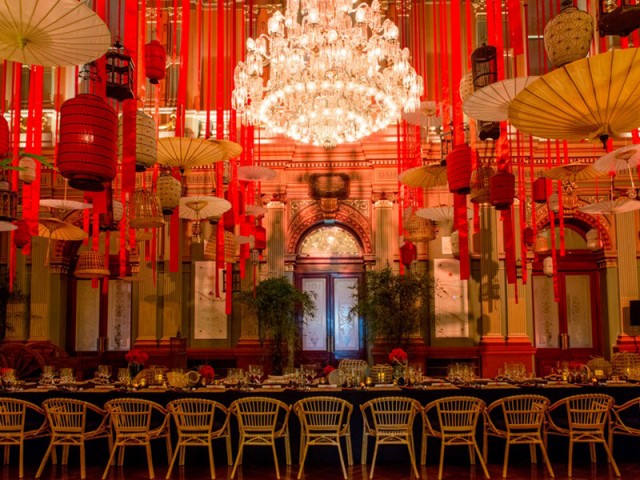 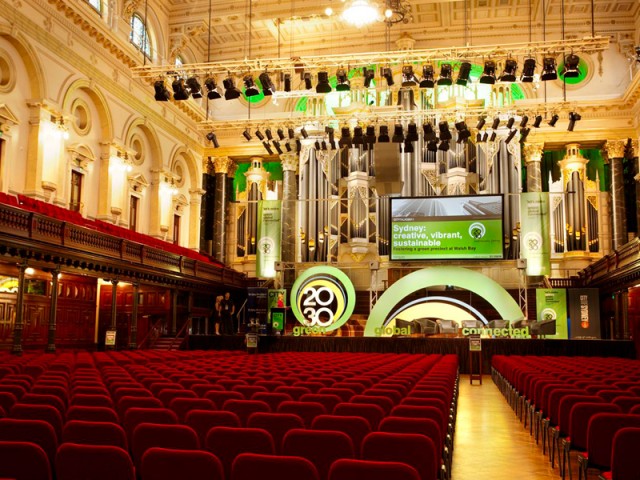 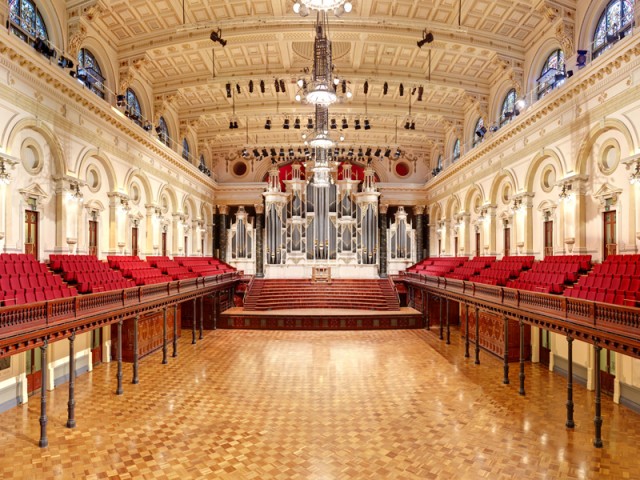 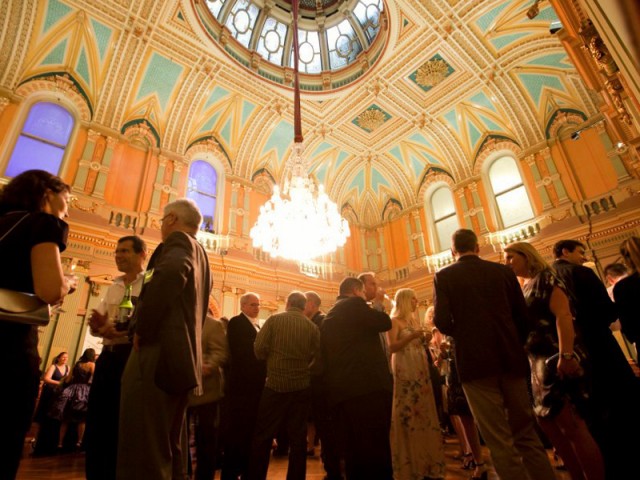 Treasured as one of the grandest surviving 19th century halls in Australia, the Centennial Hall was completed in 1889 in honour of the centenary of the founding of Australia.

A spectacular and versatile setting for grand banquets, balls, concerts, conferences and large scale events of every description, the Centennial Hall comfortably seats up to 800 people for dinner, 1,500 for cocktail events and 2,000 people seated theatre-style. A ceiling height of 20 metres enhances audio-visual presentations.

This glorious venue features a Tasmanian blackwood and tallowwood floor and the famous 25 metre wide Grand Organ, which spans the entire width of the western wall. There are 21 stained glass windows featuring Australian flora, a stunning ornate ceiling and twelve giant marbled pillars in the corners of the Hall. 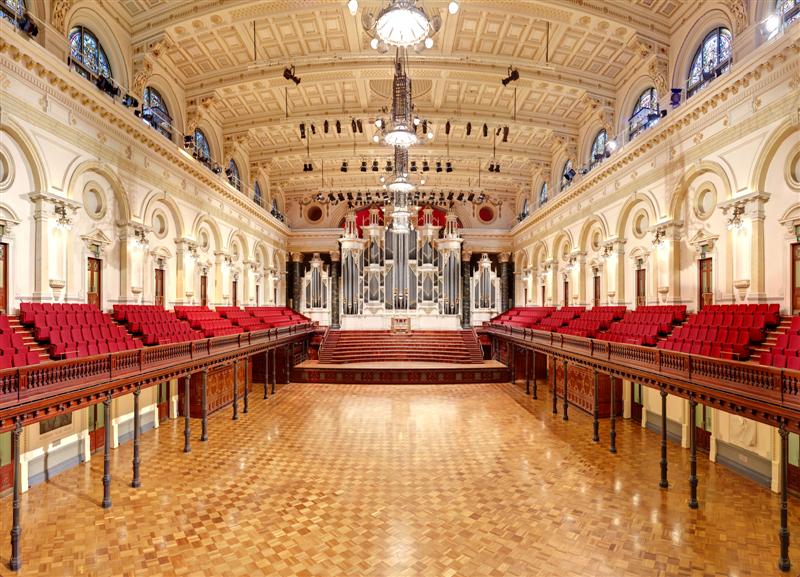 The Vestibule opened in 1880 as Sydney’s first town hall before the completion of the Centennial Hall some nineteen years later. High above the elegant interior is a beautiful elliptical dome featuring some of the earliest examples of Australian stained glass and from which is suspended a spectacular crystal chandelier.

The Vestibule can accommodate up to 200 people for a party, reception, exhibition, launch or special occasion. It is used primarily as the location for registration or pre-dinner drinks for events being held in the Centennial hall. 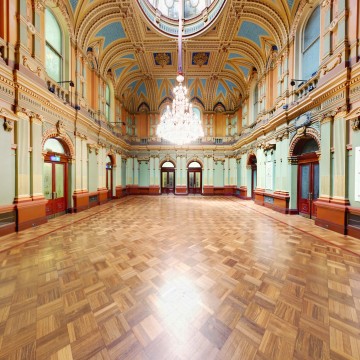