Sydney Town Hall is the civic home of the Council of the City of Sydney. It is here that Sydney’s Lord Mayor and the democratically elected councillors meet to discuss and debate the policies and strategies which underpin the management of the city and develop the vision for its future growth and sustainability. Learning about local government and the role it plays in our lives is an important topic which is addressed in the NSW school curriculum at primary and secondary levels in key learning areas including democracy, government, civics and Australian history.

Schools outside the City of Sydney local government area should contact their local council or shire office for information about programs or tours.

A number of fact sheets are available which address topics which are relevant to key learning areas including Government and Law, Citizenship in a Democracy and Historical Perspectives. 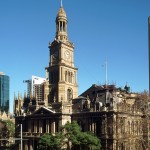 Local government is the framework which enables people to live harmoniously in urban and rural communities. Local government provides practical support through facilities and services and develops plans so that this support can be continued and improved to meet future … Continued 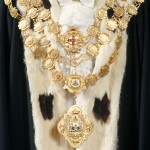 Mayoral Chain The mayoral chain worn by the lord mayor is a civic symbol of authority and is worn on official occasions including ceremonial meetings of council, citizenship ceremonies, and official receptions. The City of Sydney mayoral chain dates from … Continued 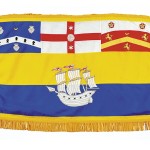 Many of the official events which are staged by the City of Sydney in Sydney Town Hall add colour to city life but few people understand their significance. Many civic traditions associated with local government are based on medieval customs … Continued 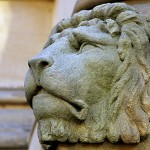 The architecture of Sydney Town Hall has a decorative language which uses symbols to interpret aspects of civic tradition and gives the building its unique identity. Some of Sydney’s best talents are showcased in the work of the craftsmen who … Continued