The splendid tone of the Organ thrilled concert goers for decades and organists applauded its mechanical attributes. However age began to weary the Grand Organ, leaving music lovers dissatisfied with its performance. By the 1960s, the tone of the organ was becoming tired and unfashionable and it attracted criticism for its ‘noisy pipes, noisy action and a curious lack-lustre tone’, one critic going so far as to describe it as a ‘monstrous bag of wind’. Eventually, In October 1971, it broke down necessitating a full scale restoration. For almost ten years, Roger Pogson supervised the laborious task of cleaning the dirt-clogged pipes and restoring the mechanism, action and console.

Finally, the Grand Organ was re-commissioned on 11 December 1982 at a gala concert featuring the City Organist Robert Ampt (appointed 1978) and the ABC Sinfonia. The restoration was finally completed in 1992 when the Grand Organ’s decorative case, completed with gilding, was reinstated as part of the restoration of Centennial Hall.

Forty years on, concluding in 2020, further work included a complete clean of the organ, the replacement of ageing leather and a total documentation of the organ. This documentation, a world-first for a very large organ, saw every aspect of the instrument measured, analysed, drawn and photographed. Besides becoming itself an important artifact, this exhaustive document makes it now possible to accurately repair or replace any part of this historic instrument, so that future generations will still be able to hear it in its original glory. 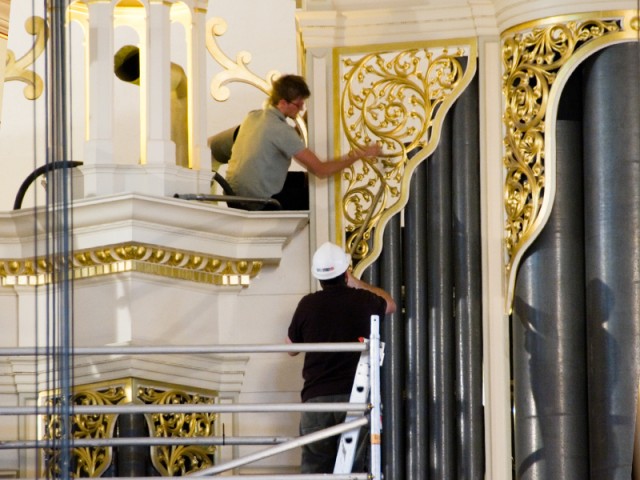 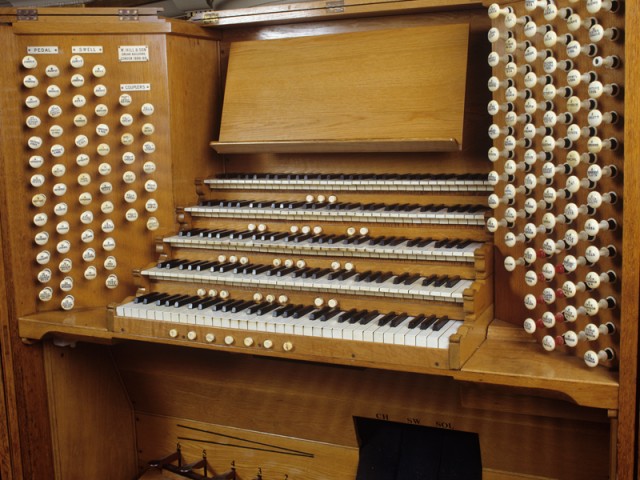 With 64-foot pedal stops, the Grand Organ, for its time, was a musical masterpiece. Photo Greg Piper 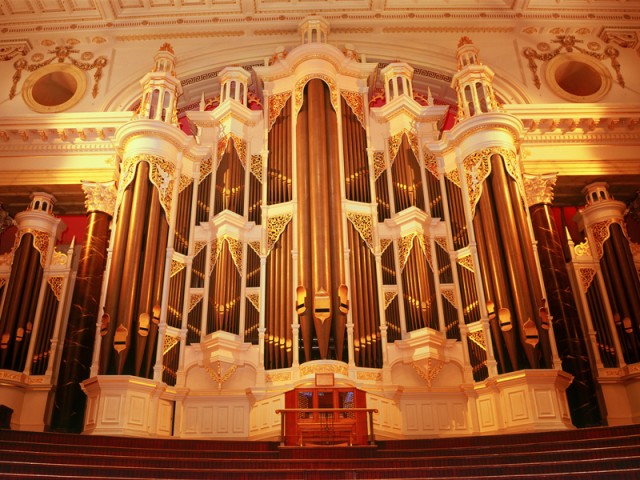 At the time of its installation in Sydney Town Hall, the Grand Organ was the largest organ in the world. Photo Greg Piper