When it was installed in 1890, Sydney Town Hall’s Grand Organ was the largest in the world and described as the ‘finest organ ever built by an English organ builder’. Today, it continues to enthral organ lovers and audiences. 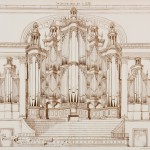 Designs for town halls in the 19th century generally included large public halls where citizens of towns and cities could gather for a wide variety of events. Many were equipped with imposing organs which had the capacity to fill large … Continued 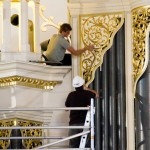 The splendid tone of the Organ thrilled concert goers for decades and organists applauded its mechanical attributes. However age began to weary the Grand Organ, leaving music lovers dissatisfied with its performance. By the 1960s, the tone of the organ … Continued 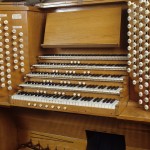 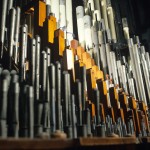 The Organ is used regularly throughout the year for recitals and concerts as well as for school speech day, dinners and conferences. Robert Ampt City Organist Appointed City Organist in 1978, Robert Ampt is an internationally renowned organist, who has … Continued 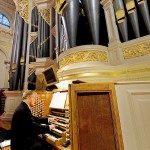 Opportunities exist for organists to play the organ when the Hall is not in use. For further information contact The City Organist, Robert Ampt directly.