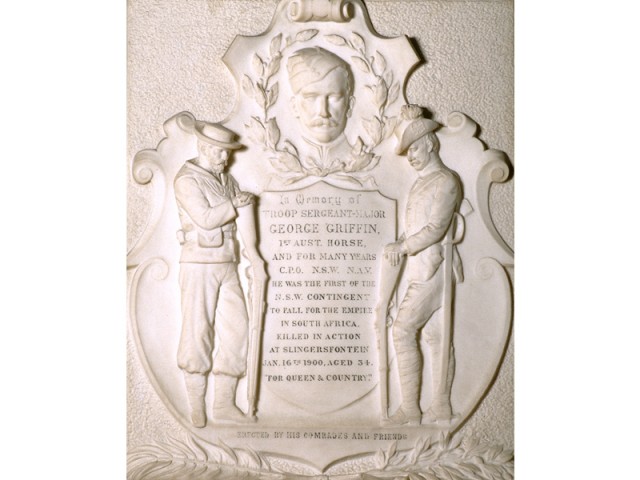 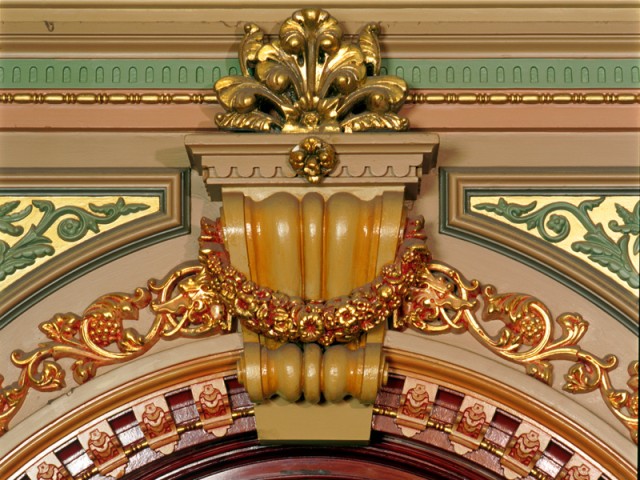 The rich plaster modelling around the Vestibule is inspired by the architecture of Classical Greece and Rome. Photo Greg Piper. 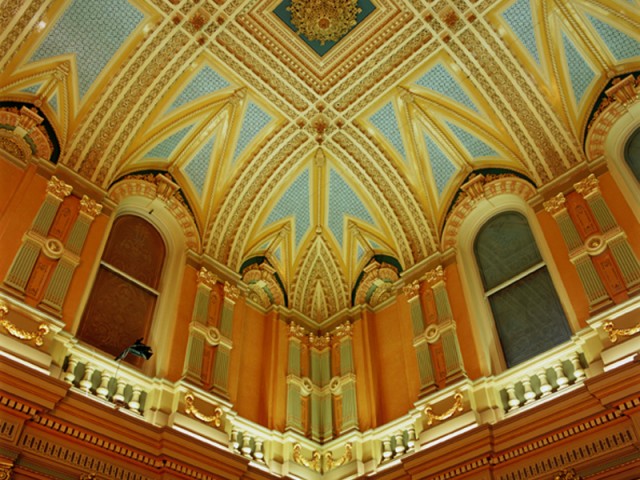 The complex pierced plaster and decorative mouldings are supported on kilometres of fine wire and secured to the ceiling. Photo Greg Piper 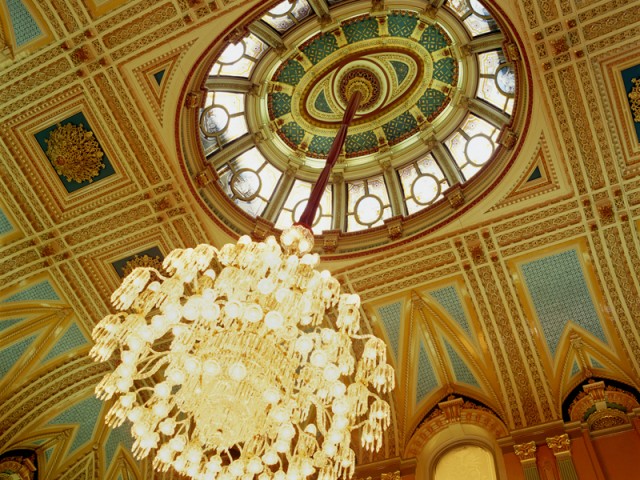 Imported from Europe, the chandelier was in place for a luncheon for the Duke of Manchester in October 1880. Photo Greg Piper. 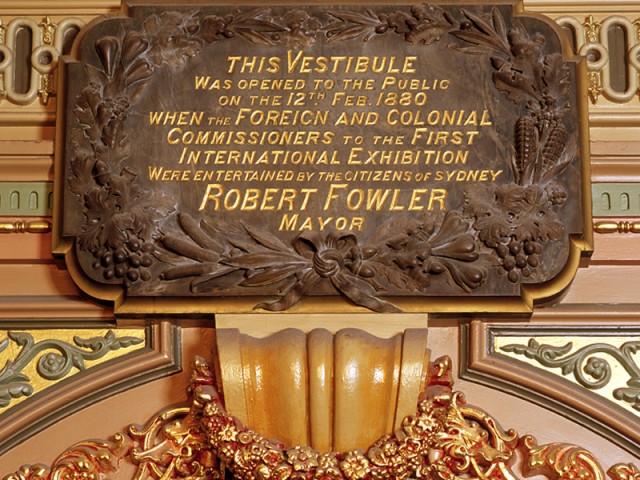 The first event held in the Vestibule was a mayoral reception for the commissioners of the Sydney International Exhibition in 1880. Photo Greg Piper. 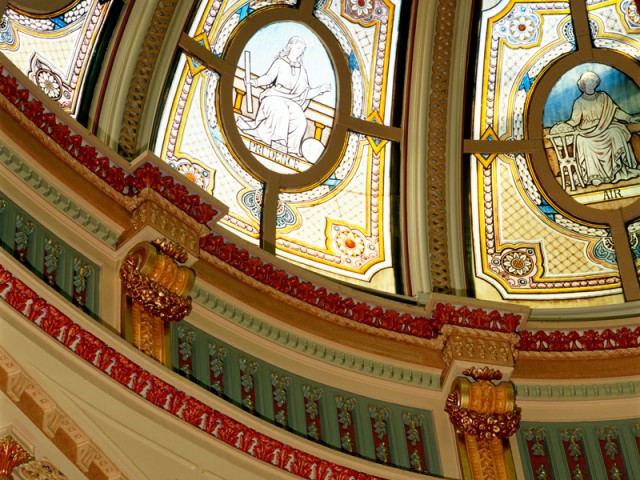 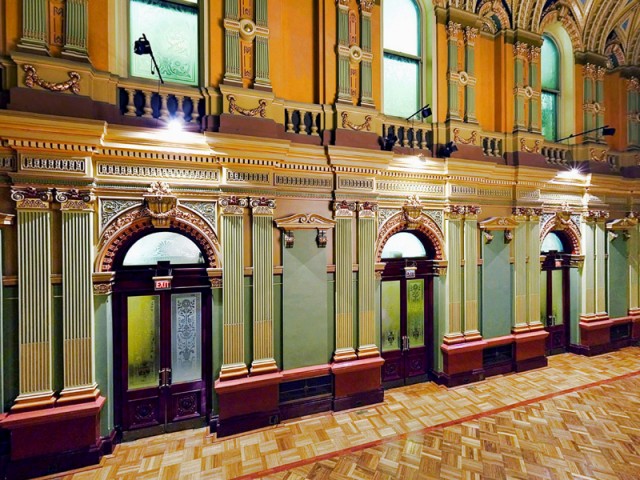 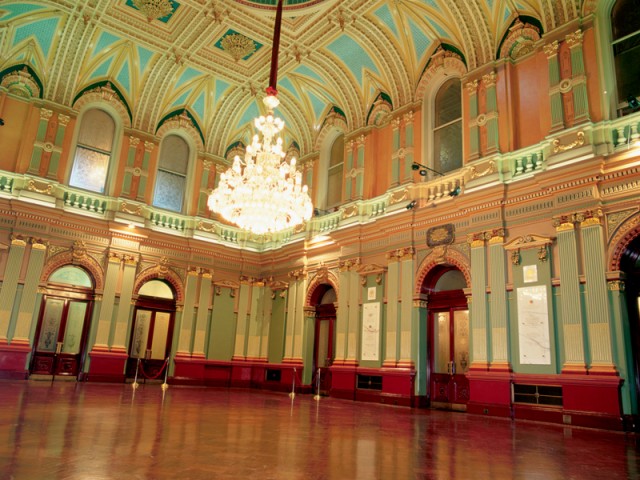 Regarded as one of the most significant Victorian interiors in Australia, the Vestibule of Sydney Town Hall is a lavish combination of colour and ornament and a stunning tribute to the artistic skills and craftsmanship of Sydney’s early colonial artisans. Completed in 1880, in time for the concluding celebrations of Sydney’s successful international exhibition in the Garden Palace, the space has continued to a spectacular backdrop for many events on Sydney’s annual social, cultural and community calendar.

The crisply detailed plasterwork which defines the character of this magnificent space borrows influences from Moorish and neo-Classical architecture, fashionable in the mid 19th century. A complex polychrome palette of over forty different colours and 22 carat gilt highlights embellish the hundreds of swags, scrolls, geometric ornament and fine plaster tracery which decorate the walls and ceiling.

The large crystal chandelier suspended from the centre of the dome was installed in 1880 and is illuminated by over 160 light globes. Specially imported from Europe as the finishing touch to the splendour of the room, it was converted from gas to electricity in 1905.