Major milestones in the history of Sydney Town Hall are recorded on its walls, ensuring that due recognition for each important stage remains a permanent fixture. Each was a cause for celebration, conducted with due ceremony using special trowels and mallets and witnessed by civic dignitaries. Secreted behind a number of these plaques are time capsules recording a snapshot of the life and times in Sydney at that particular moment. This tradition has continued with the latest one buried in 2010 marking the completion of major works. 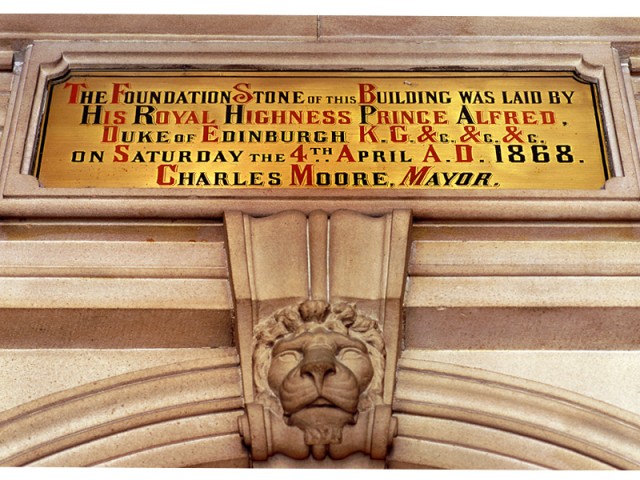 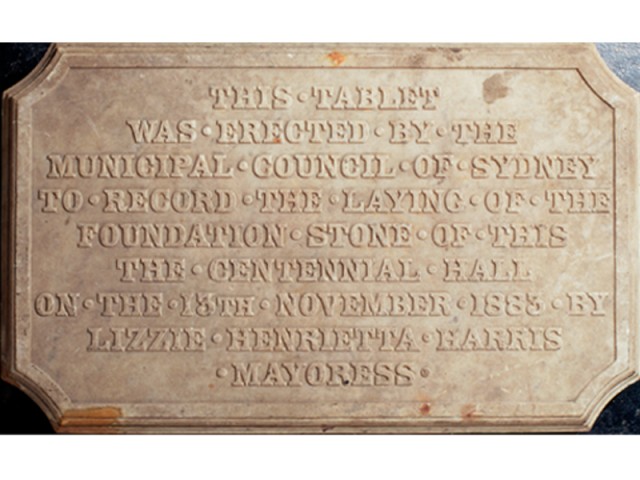 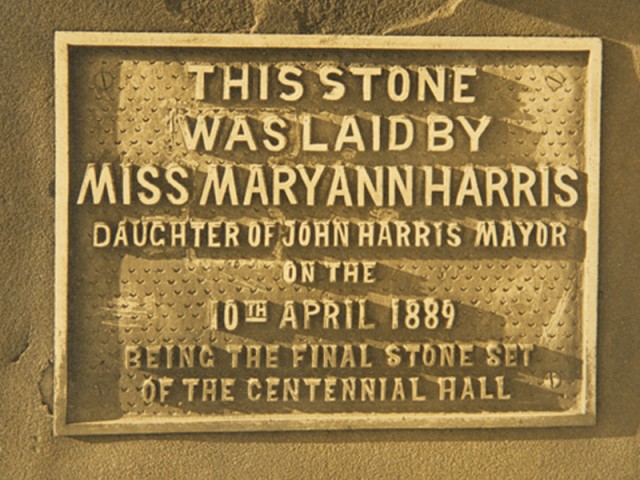 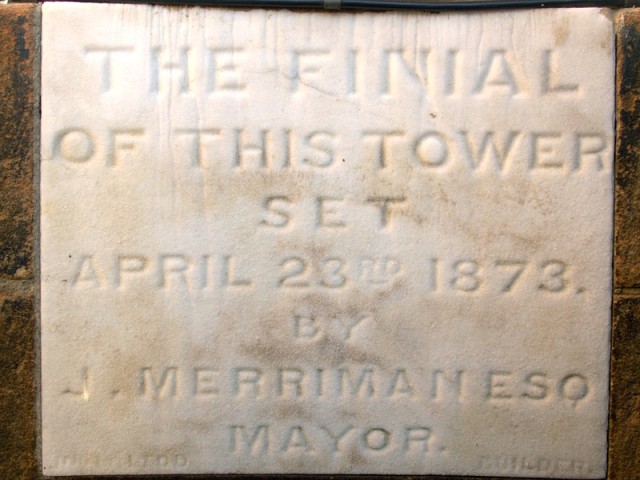 Plaque commemorating the completion of the finial of the clocktower, 26 April 1873 Photo Greg Piper 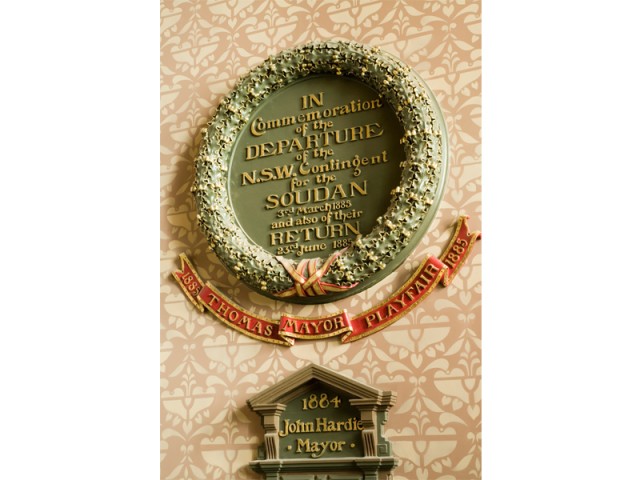 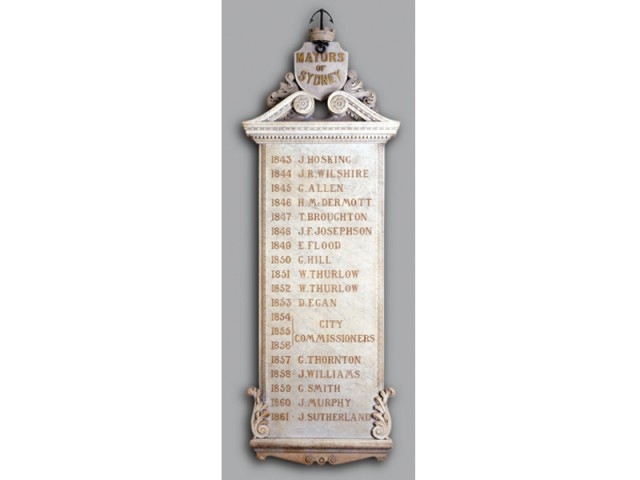 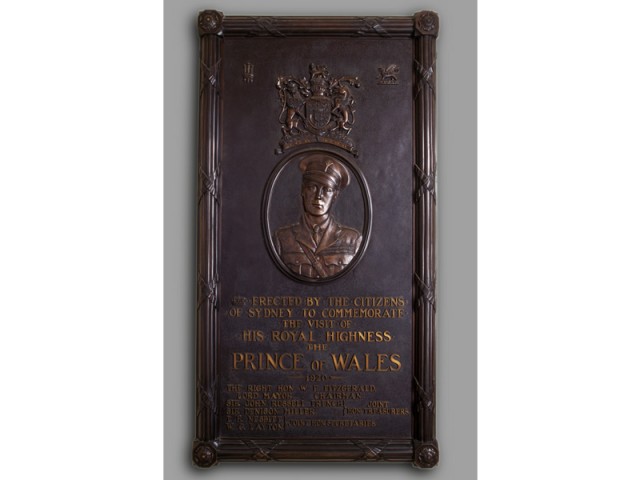 Plaque commemorating the visit to Australia of HRH Edward, Prince of Wales and to Sydney Town Hall on 18 June 1920 Photo Greg Piper 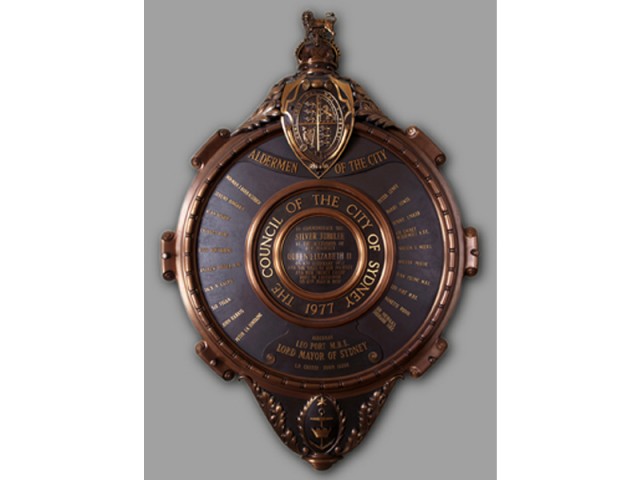 Plaque commemorating the Sesquicentenary of the Council of the City of Sydney, 1992 Photo Greg Piper 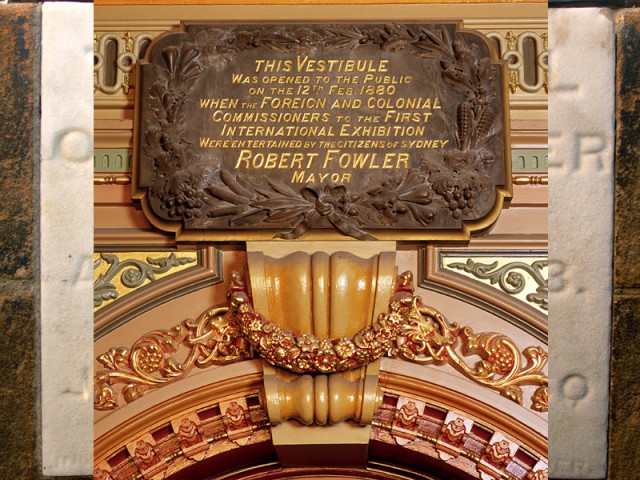